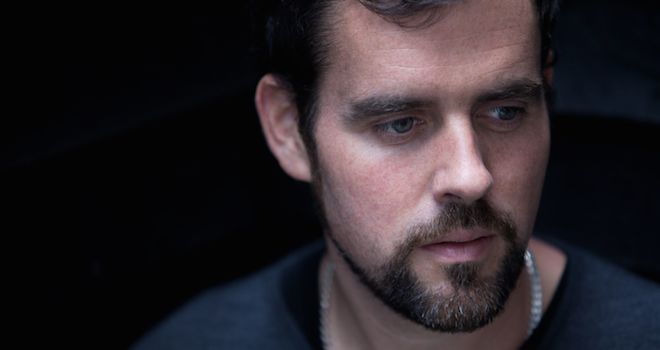 Having been involved with making and playing music for 20 years now, Deetron is an artist who is assured in his ambitions and a highly skilled performer. Constantly in demand around the globe, whether it be for club/festival appearances, where his mind boggling three-deck set up often takes precedence, his special touch on remixes or simply for his own diverse range of productions, Deetron has maintained a high level of quality in every aspect of his career.

The 36-year-old's story is not an uncommon one; growing up in Bern, Switzerland the young Deetron fell in love with hip-hop and yearned to become a turntablist. Inspired by a childhood friend, who won the Swiss regional DMC heats, and local hero DJ Djaimin as well as an eye-opening set by Jeff Mills in the early nineties, he absorbed the traditions of DJing, those basic, yet crucially important elements; a broad yet accessible selection, true skills built up from hours and hours of practice and dedication. Skip forward a couple of decades and that same young man is now idolised by a new generation of DJs and producers all over the world and those early influences have been retained and implemented to great effect throughout his career. A master of not two, but three decks, his mixing ability is second to none and vinyl is still an intrinsic part of his creative process, pledging wholehearted allegiance to his roots.

In 2013 Deetron held a unique position within the house and techno worlds, being so widely respected yet not allied to one particular label or 'crew'. “It's a conscious decision that I made, I don't want to be really affiliated with anyone in particular. Not only in respect of my career but it would be too boring for me to do that, I prefer to try different things and work with different people as much as I can.”

Likewise his productions retain a familiar 'Deetron sound' at their core, yet he can happily skip from sultry vocals and dainty chords to tougher compositions. There's no contrived approach to his music, just a natural progression that stems from his broad musical palette and an innate desire to avoid becoming stagnant. Most interesting was the transitional phase Deetron currently found himself in, with the vocal element of his music coming to the fore and injecting a new wave of excitement into his production process. Which, in turn was the fuel behind his second album Music Over Matter – a collection of dancefloor-ready tracks that featured a whole host of special guests from within the house and techno world. Old friends like Hercules & Love Affair, the inimitable, cosmic surfer Seth Troxler and Ovasoul come along for the ride along with super talents like George Maple, Ben Westbeech aka Breach, Fritz Kalkbrenner and more.

2014 has been an exceptionally busy time for Deetron, with remixes for The Juan Maclean, High Contrast, Matador’s Glasser, Gorgon City, and No Artificial Colours, showcasing again, his genre-defying production abilities. Alongside, his prolific remixing schedule, a Fabric compilation was released in the summer. Following the pure pleasure principle, the mix itself is a captivating ride through Deetron’s most personal selection, with disparate sounds, scenes and styles all connected up with perfect sequencing and tight mixing. A truly kaleidoscopic mix, fabric76 is the sound of Deetron digging deep, and having fun.

For Deetron music is everything, and goes beyond the individuals who make and play it. It's in his DNA, thanks to his father who plays double bass, and it’s this unrelenting passion he created a new outlet for in the form of his own imprint „Character“ (2014).