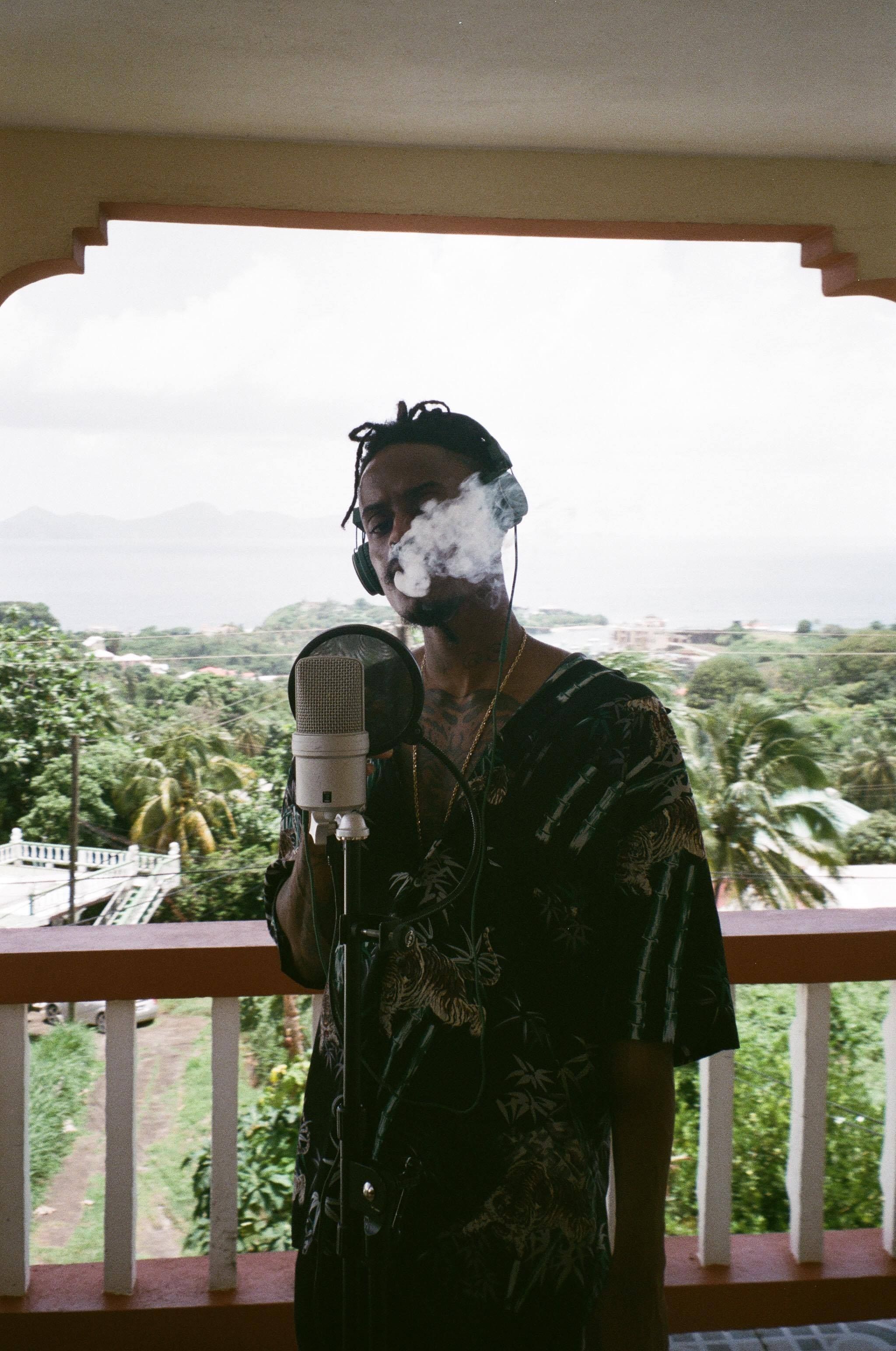 It’s been a minute since the release of ‘Name Anotha N!99@’ but Nate Husser has kept busy. Following a couple of freestyle videos and a string of unique collaborations - notably a guest appearance on Charlotte Cardin’s moody ‘Like It Doesn’t Hurt’ - Husser dropped the frantic ’Can’t Blame ‘Em’, which concretized his musical identity into something that was unmistakably his own. Having cut his teeth playing countless gigs with his band The Posterz, the challenge of translating his music into a live setting proved to be quite effortless. Husser’s live sets are injected with a healthy dose of showmanship and his unique rock-tinged approach to a rap show helps to differentiate him from the rest of his peers. After road testing songs at shows with acts such as Danny Brown, Post Malone and Night Lovell, Husser began narrowing down the tracklist for what would become his debut EP ‘Geto Rock for the Youth’, slated for a November 15th release. The EP features 7 dark and sonically dense tracks; revealing personal stories through clever wordplay and unique flows. "The title kinda says it all. Geto Rock For the Youth is the vibe, it's the sound, the feel, it's the nostalgia” says Nate. “It's for the youth in all us". The lead-off song ‘Catherine’ - an ode to his hometown’s main strip - serves as a introduction to an EP that neatly encapsulates the nuances contained in Husser’s take on hip hop. With an unconventional song structure and bleak yet honest lyricism, ‘Catherine’ is the sound of an artist speaking his truth no matter how harsh it may sound, following his muse no matter where it takes him.