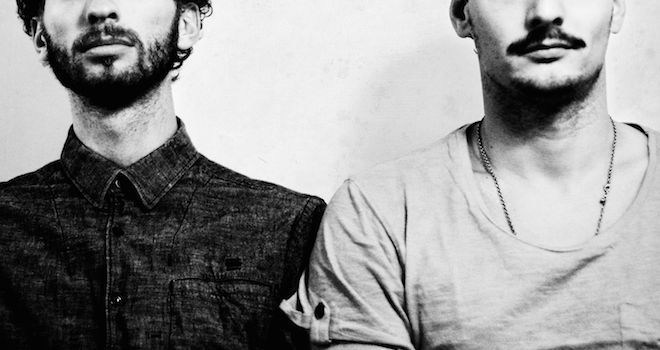 Detroit Swindle are Lars Dales and Maarten Smeets, 2 guys that, without actually growing up together, have had practically an identical musical upbringing. A vibrant mix of soul, funk, hiphop and jazz inspired them from an early age on and you can hear they put their swindling soul in every inch of their records. Carefully selected and well placed samples, bumpy baselines and swinging hi-hats make that crossing-genre-sound that's been the building block of their huge success.

Their debut in 2012 brought them releases on Huxley's imprint Saints & Sonnets, Dirt Crew, Murmur and the immaculate Freerange Records. They've had support from the likes of Laurent Garnier, Deetron, DJ Sneak, Justin Martin, Jimpster, Eats Everything, The Revenge, Till Von Sein and many more. The Detroit Swindle releases have received solid reviews all over (DJ mag 9+, RA 4/5) and a place in RA's top charted DJ's of 2012 show only the tip of the attention iceberg they've been on this year. To top it off, DJ Mag has elected Detroit Swindle as talent to watch in 2013 and the boys even got the mayor of Amsterdam so excited that he played their track 'Brotherman' at the launch of the new 24 hour permit for Amsterdam's prized night club Trouw.

Already playing Live & DJ sets at mayor venues like Panorama Bar, Tresor and Zoo Project, Detroit Swindle have rapidly earned a solid spot in the international nightlife. Keep an eye out for their new releases, as well as the highly anticipated first release on their own label, Heist Recordings